The intense and passionate life of Lidia Menapace, partisan, senator of the Italian Republic, founder of the Manifesto, pacifist and militant feminist. Through personal accounts and discreet observation of her untiring daily work in the field of education and the promotion of civil rights, a portrait emerges of a courageous and exceptional woman who has contributed to important episodes in the history of the republic in our country.

She has concerned herself with social communication for more than a decade. She has made various short films. This is her first full-length film.

She recently graduated in "Film, Television and Multimedia Production” at the University of Bologna.

She began making documentaries in 2012. She is working on a film about the life of street musicians in Istanbul, with which she participated in the "Raccontare L'Avventura" workshop. 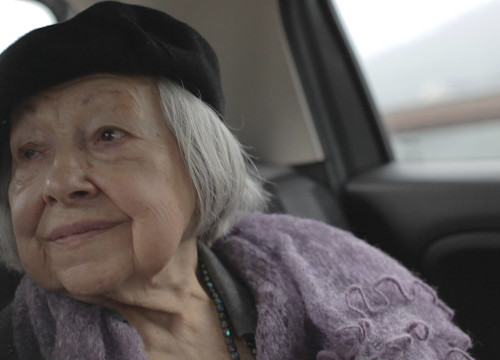