The village of Gulu is home to a tiny community perched high in the mountains in the Chinese province of Sichuan. Here there is only one primary school and a single teacher, Shen, who has by now worked there for twenty-six years. However, one a day the young man Bao Tangtao arrives, going by the name of Don Quixote. In his eyes the village of Gulu is a small corner of paradise, so he decides to remain and give the teacher Shen a hand as a volunteer in the school. However, with his arrival everything in the school and the community will begin to change dramatically.

Born in China, after having studied civil engineering he spent five years in an artists’ community in Peking. From 2003 to 2009 he studied arts in Cologne and since then he has lived and worked in Germany. His works include documentaries and short films, including Between Forms (2009), A touch of childhood (2009), Bloody Art (2008), Spectaculum (2007) and On the Way (2006). 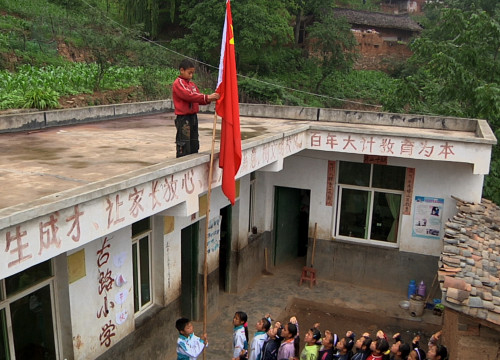