In 2014 Edu Marin faced the most demanding feat of his life: climbing the Pan Aroma on the Cima Ovest of Lavaredo - the legendary route opened and freed in 2007 by Alex Huber – together with his sixty-two year old father, Francesco Marin “Novato”. With two grade 8b+ and 8c pitches, the five hundred metres of the route are considered to be among the most difficult in the world, and only a small number of people are capable of completing the route. The father and son make their way into the heart of the Dolomites, trusting themselves only to their hands to complete a feat without precedent.

Born in 1980 in Getxo, in the Basque Country, he has directed numerous short sports films, all shown by EpicTV. He has also made several documentaries on social subjects, such as Sikyong. The political revolution of the 14th Dalai Lama, La plataforma and Flames, for which he received numerous awards. He participated at the 63rd Trento Film Festival with Novato. 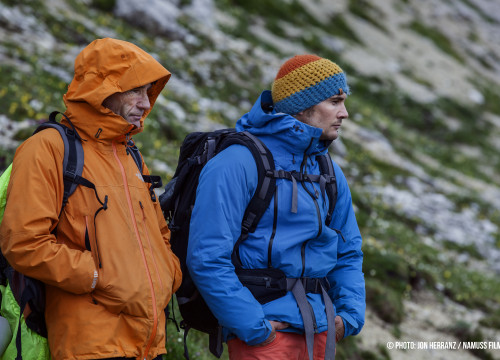