From childhood Kevin Fogolin and his friend Mike Douglas dreamed of living in the midst of the snow in the mountains of British Columbia. Faithful to this dream, Mike and Kevin spent their youth seeking out adventure and often enthusiastically taking on adventures and danger. While Mike succeeds in becoming a professional acrobatic skier, Kevin finds work as a forestry consultant, with the delicate task of assessing the possible risk of avalanches. On board a helicopter he flies over the areas at risk and drop bags of explosives in order to cause pre-emptive avalanches, to avoid sudden and unexpected events that could place the risk of the many workers in the region in danger... However, during one of these missions, an unexpected event will force him to radically review his relationship with danger and to take a look at his whole life in a different light.

Alongside a brilliant skiing career, starting from 2006 he began to dedicate his time to intense filmmaking activities, founding Switchback Entertainment in order to make web series. His output has included more than a hundred productions, including The Freedom Chair (2011), Tempting Fear (2012), The Burn (2013) and Super Mom (2013). 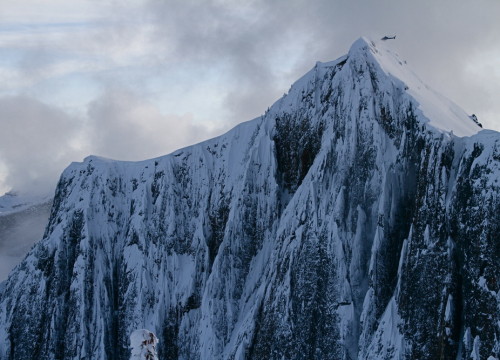