Quillagua is a natural oasis situated in the middle of the Atacama desert, home to a population obliged to deal with the pollution produced by a mining company, This has made the land unfit for cultivation and the waters unusable, forcing most of the young people to emigrate. During the night of 21 December 2012, while many are awaiting the end of the world predicted by the Mayas, this small community of survivors is probably experiencing its own true apocalypse.

Born in Santiago in 1987, he is a director, writer and producer. He completed his education in Ecuador and the USA. His works include: The People’s Wardrobe (2011) and The Last Play (2010). 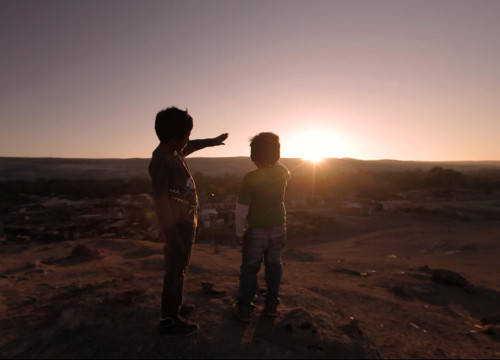