The young girl Nora lives in Syria and is forced to flee the bombs that have destroyed her home to seek safety together with her family.

Els van Driel (Alkmaar, 1976) studied art history and social-cultural theology at the University of Amsterdam. She worked for almost 13 years for the Dutch Ecumenical Broadcasting company IKON television where she learned the skills and crafts of television- and documentary making. At IKON she initiated the award winning youth documentaryseries ‘Just Kids’ (aka 'Mensjesrechten'); a series about children’s rights, which is broadcast in several countries around Europe on television and is shown at filmfestivals around the globe.

As an independent journalist/director her interests go out to interreligious conflicts, human- and children’s rights and refugees/asylumpolicies. 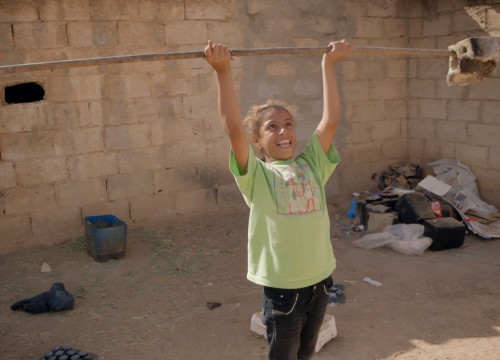