Sarah and Sämi decide to fulfil a dream that they have been cherishing for some time: to take on the management of a mountain farm and spend the summer there in the company of the cows, goats, pigs and chickens. However, what initially appeared to be an adventurous project is soon transformed into a burdensome and all-consuming commitment that obliges them to deal with problems such as the stubbornness of the cows, mouldy cheese and above all a chronic lack of sleep. Their relationship will be put to the test by the hard reality lying behind the romantic dream of the mountains.

Born in Uster in Switzerland in 1982, she studied Film and History at the University of Zurich, to then graduate from the Hochschule für Fernsehen und Film in Munich. In 2010 she founded the production company 2:1 Films, together with Lisa Blatter and Jan Gassmann. 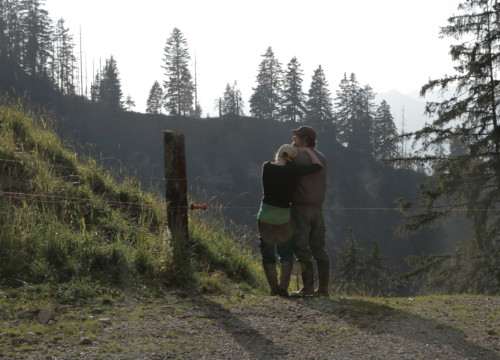