Electromagnetic hypersensitivity is a rare form of intolerance that some people develop towards any form of magnetic field. In some cases it can become so acute that it drives those suffering from it to seek shelter in areas without radiation, like the four women featured in this film - made entirely without the use of electricity - who take refuge in the French Alps to try out a lifestyle diametrically opposed to that of the world surrounding them.

A producer, artist and filmmaker, she gained a diploma from the ENSBA academy in Lyon, to then specialise in documentary making at the European School of Visual Arts. She has made the short films Border Patrol (2010), Les Crampes (2011), Zone Blanche (2014) and A Feel of the Desert (2015). 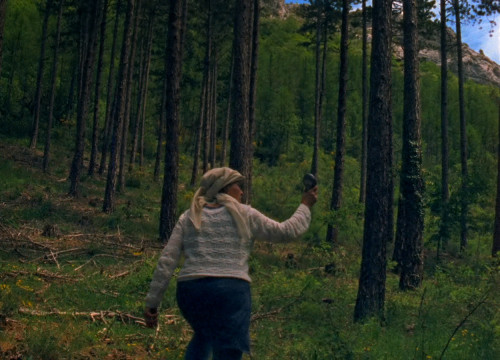