The director Zaynê Akyol sets out to look for memories of Gulîstan, a dear friend who like her, had also emigrated to Canada, but subsequently joined the PKK and died during fighting in 2000. She thus comes into contact with a group of women guerrilla fighters who undergo constant demanding physical and mental training, ready to defend the Kurdish territory from the threat of ISIS. The women fighters joining the militia of the PKK have made an extreme life choice with no going back, leading them to deal with difficulties and danger without uncertainty or fear. Their mission is not limited to defending the territory, but is also directed against the capitalist system, guilty of transforming people into robots. Following the advance of Daesh/ISIS troops, they will be called on to come down from the mountains where they live and face the challenges of an area full of pitfalls.

A director of Kurdish origin, she was born in Turkey and grew up in Quebec, where she studied film. She made her first documentary, Isminaz, in 2009, followed by Iki Bulut Arasinda (Under Two Skies), which won numerous prizes. 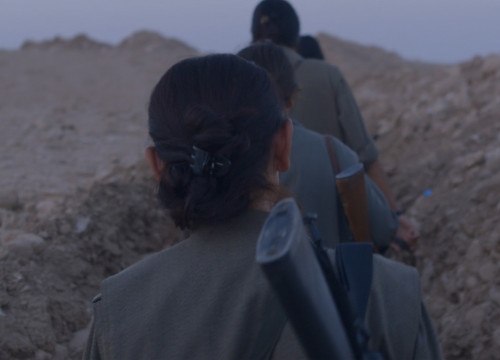 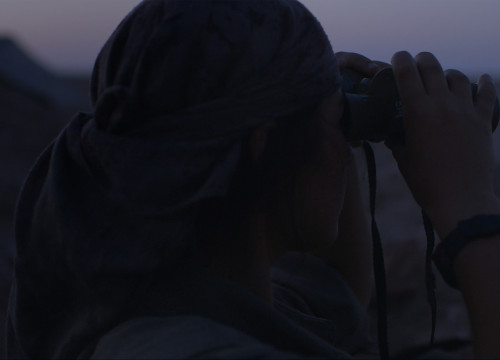 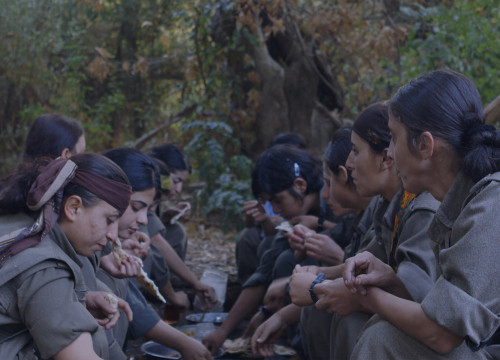 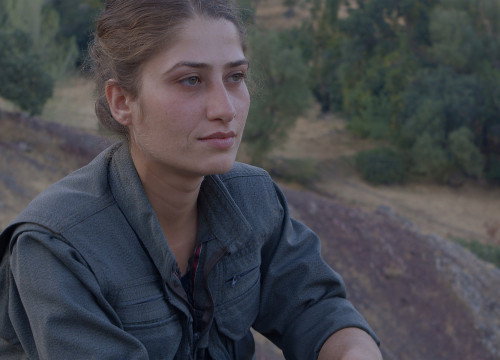