And We Were Young is an animated documentary about the First World War, featuring the American soldiers sent to fight in France in the last few months of the war. It is the oral story of men who tried to remain sane even in terrible conditions, narrated using the words of survivors but also of those who did not make it. Filmed over a period of three years with a Soviet Super 8 camera, the film was made entirely using paper cutouts whose unsettling and brutal beauty hounds the viewer.

He has worked with Pearl Jam, Isabella Rossellini and Guy Maddin. He is currently working on a documentary project about his home town and an animated version of the Spoon River Anthology by Edgar Lee Masters. His favourite means of expression is Super 8 film, due to the immediate nostalgia that it naturally inspires. And We Were Young is his first full-length film. 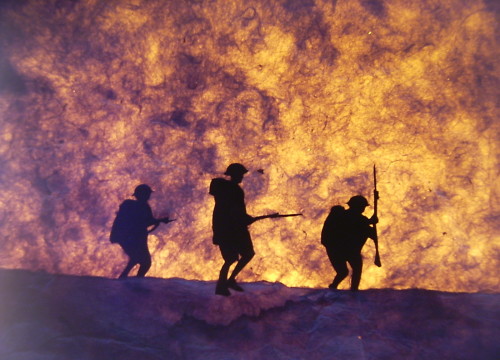