This film tries to solve the mystery of a bizarre Arctic fairy tale. Priit Tender, an Estonian animator, makes a film about an old Chukchi legend – The Maggot Feeder. The unconventional narrative is misunderstood by western audiences and Priit takes off on a journey to Chukotka in Siberia. This anthropological road movie deals with the importance of storytelling and it invites the viewers to undertake a journey into the depths of the Chukchi inner world.

Liivo Niglas, born in Estonia in 1970, is currently a lecturer of Ethnology at University of Tartu. He also runs an indipendent production company for anthropological documentary films. He has made films in Siberia, Africa, Central Asia and north America. His films have won numerous awards including IUCN Prix at Vision du Reel. 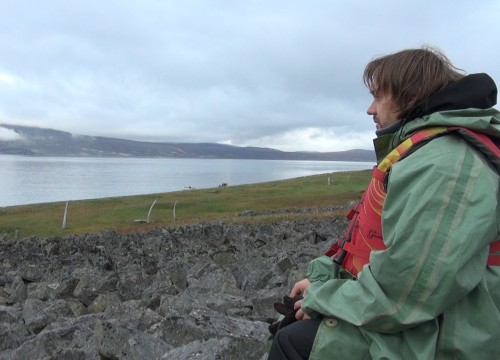