Mr Nishida is an entomologist. He has a close bond to the natural environment. On a scientific expedition to the island of Yakushima, an island of mountains shrouded in a seemingly eternal mist, he serves as our ferryman for discovering the spiritual beliefs that accompany the relationship that the island’s inhabitants have with nature. As the surveyors of these mountains covered in luxurious forest, they let us meet the divinities, mischievous spirits and moving landscapes with which they coexist.

He is a filmmaker. He graduated from the Ecole des Beaux-Arts in Saint-Etienne. He began his career as a filmmaker working on a forgotten war in West Papua. Three documentary films will emerge from this experience and will be awarded at several festivals around the world. Currently, he is preparing a fiction feature film whose screenplay has been selected at the International Screenwriters Pavilion at the Cannes Film Festival. 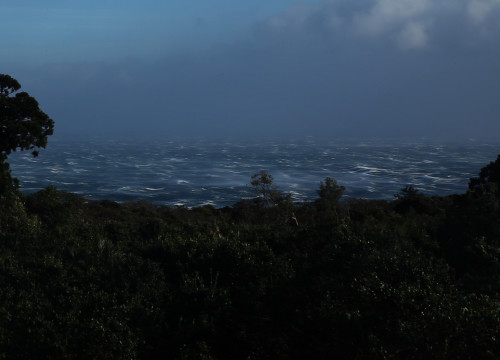