Résistance is a series of visual and sound impressions of a melting glacier. The objects regurgitated bear witness to the passing presence of mankind, leaving traces and scars. The infinite sounds of blocks of ice
collapsing under the weight of stones continually recall the symptoms of an evident reduction. This landscape, which initially appears to be immobile, is instead revealed to be constantly changing. Yet this magnificent and terrifying body of ice and stone still stands, imposing and resistant.

Director Laurence Favre in attendance on 29/04

Born in 1979 in La Chaux-de-Fonds, Switzerland. She is an active member of the artist-run film lab LaborBerlin. Her work explores the territories of identity, relation of Men with his environment and construction of collective memory. 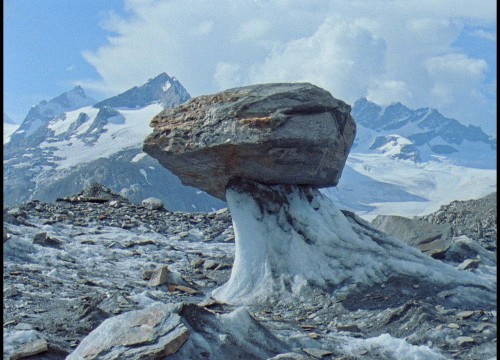