On 8 June 2014, the German speleologist Johann Westhauser was hit on the head by a volley of stones and remained motionless in the Riesending cave, in the Bavarian Alps, at a depth of one thousand metres. For 12 consecutive days an international team fought its way along 4 kilometres of tunnels and a kilometre of shafts to save Johann’s life. He reacted positively and managed to cope with the ordeal involved in getting him to the surface. A great human adventure giving rise to precious suggestions and lessons for the development of a whole philosophy regarding rescue.

Directors Andrea Gobetti and Fulvio Mariani in attendance on 03/05

Present at Trento Film Festival from the beginning of his career, in 1987 he won the Silver Gentian with Cumbre (1986). 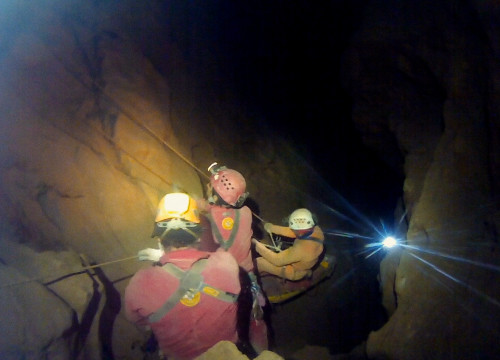