A documentary film which recounts the lives of passengers travelling on the longest railway route in the world: ordinary Russians who met by chance on the Moscow-Vladivostok train. The endless journey is a metaphor of the country in perpetual motion, and gives a striking portrait of contemporary Russian society.

Rodion Ismailov was born in 1966 in Tauz (Azerbaijan). In 1998, he graduated from Saint Petersburg State University of Cinematography and Television, specialized in film-directing. Rodion founded «Deboshir Film Studio» in 1997, and from 2000 till 2005, he was the president of Saint Petersburg Fund «Independent Cinema Fund». Since 2009 he has been the director and producer in production centre «DC Film». 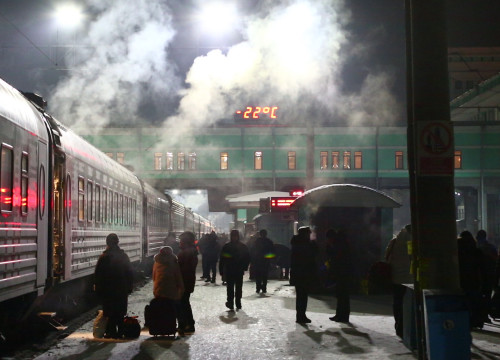