Fosco Maraini was an anthropologist, traveller, climber and photographer. Of Ticino origin, he was born in Florence and grew up among the masterpieces of the Renaissance. While still very young, an irrepressible attraction drove him south, to visit Sicily and to the east, to Tibet, to the Karakorum and to Japan. The documentary pays homage to one of the greatest Italian ethnologists and explorers, recounting his passion for adventure, love and everything that he encountered along his path.

Director, filmmaker and screenwriter, he has worked as a theatre writer and director. He has held courses on theatre and creative writing at Studio Fersen and the University of Urbino. He has made a series of cultural and educational programmes on philosophy, myths and history. 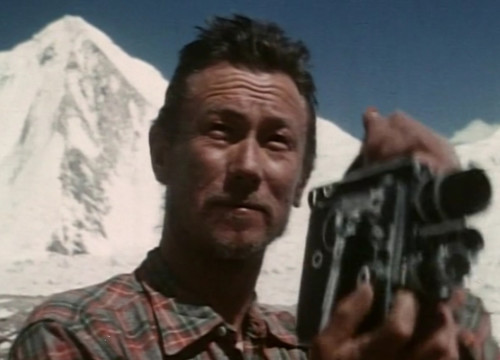