What drives the small community of Frascaro, near Norcia, to remain tied to a land that never ceases to tremble? What moves its inhabitants to dig with their bare hands in the rubble of a church? A crucifix to be reassembled for the patronal procession, a canvas partly buried under the stones that preserve collective memory and signs of atavistic traditions, become emblems of resilience, proud belonging, defense of a culture that wants to stay alive, challenge to isolation after the earthquake. Not far away, in Campi, a group of restorers work to recover fragments of an invaluable artistic heritage, crumbled by the effects of an implacable nature. At the same time, in total isolation at an altitude of one thousand metres, a monk lives in harmony with God in respect of the ora et labora rule, tirelessly reinforcing his hermitage, not at all frightened by a land he has learned to love.

Alessandro Leone is a screenwriter and director born in Taranto. A graduate of the Brera Academy of Fine Arts and co-founder of Ester Produzioni, he has written and directed several short films and documentaries that have won awards in Italy and abroad, including Fuoriscena, presented at the 2013 Turin Film Festival and “Nastro d'Argento speciale” in 2014. 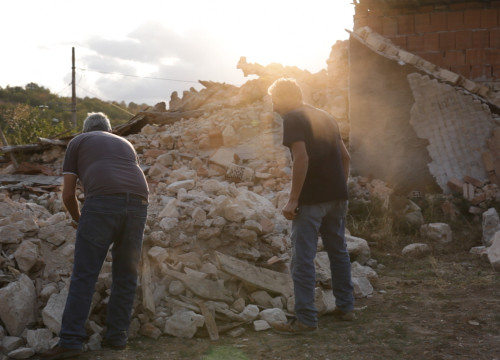 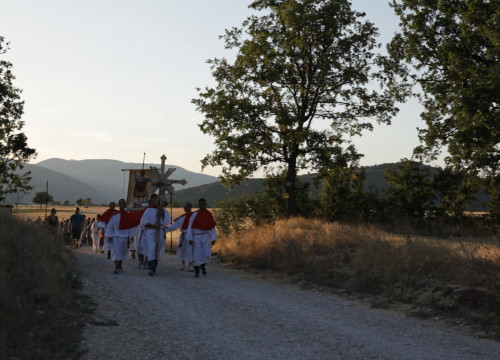 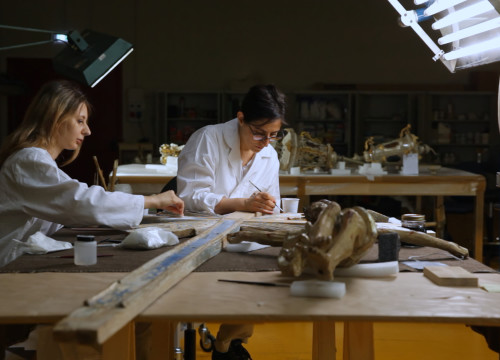 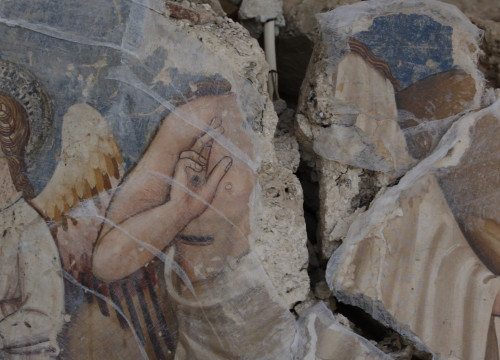 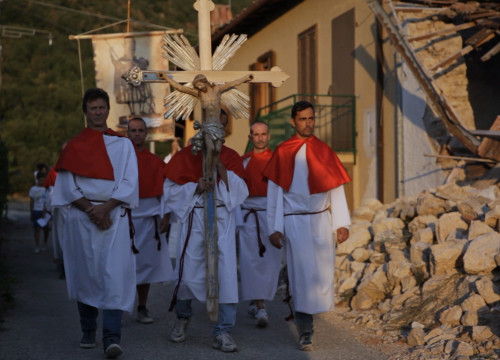