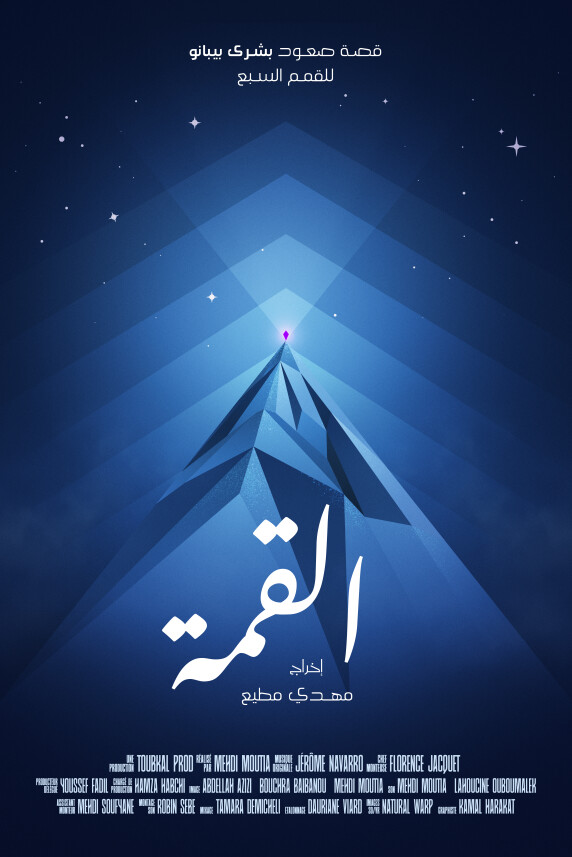 Bouchra Baibanou is a 48-year-old Moroccan woman from Salé. She discovered the mountain world during her college days. One day, she reads an ad: “Hiking in Toubkal”. By her strong character and her joie de vivre, she went there without asking any questions. It was his first summit: 4167 meters! She felt a very strong, almost divine sensation. She felt the freedom, she caught a glimpse of her fate. A few years later, Bouchra prepares for the ascent of Everest, the highest peak in the world. This journey takes Bouchra on a spiritual quest that will lead her to discover her reason for living. In Morocco, Lahoucine and Hiba, husband and daughter of Bouchra, live this adventure in their own way. Between concern and encouragement, they try as best they can to follow the path taken by Bouchra.

A Moroccan filmmaker and producer, in 2013 he made his directorial debut with the short documentary THE PEAK, BRAHIM IDDOUCH. Years later, he created his first full-length documentary AL QIMMA. This project was conceptualized and conducted in parallel with his cinema studies. It took more than six years to accomplish it. This film was entirely produced and filmed by Mehdi. 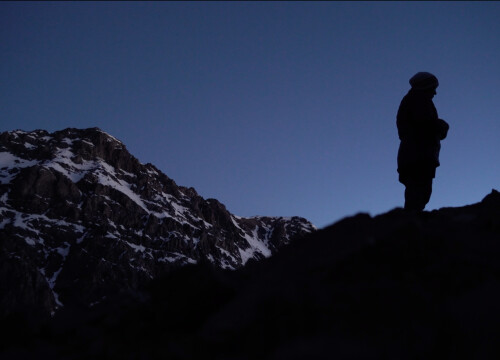 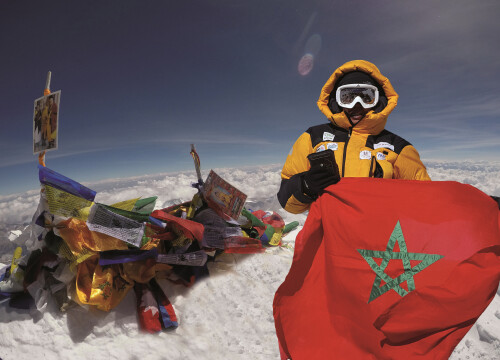