The setting is the harsh, yet majestic, landscape of the snow-capped Zanskar Mountains, a valley 4000 metres above sea level in the North-West Indian Himalayas. The film follows the lives of child monks, in particular Kenrap, an eight-year-old who was hailed as the reincarnation of an elderly monk at the age of five. The director speaks with Kenrap and asks him about his life; they talk in the rooms of Phugtal monastery, at his morning wash in temperatures of -20°C, during a philosophy lesson, while he washes dishes or plays with his friends, even during the few days he spends with his family. The film depicts a happy, playful child, yet one who is convinced he is a wise old man. An incisive portrayal of the daily lives of Buddhist monks. 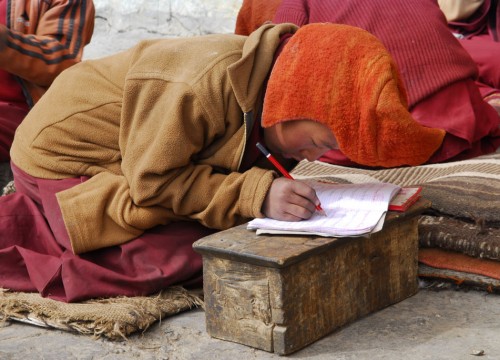 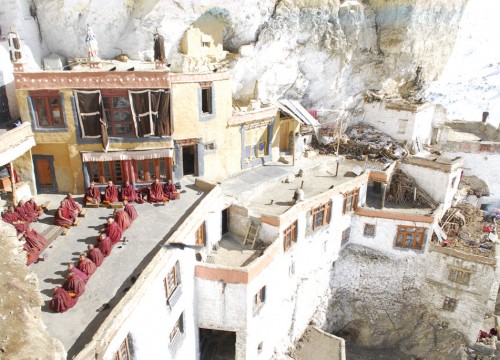 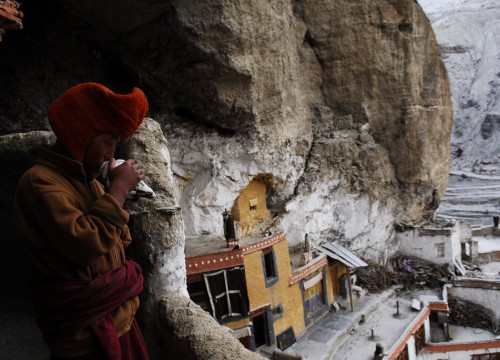