Ruben and Joachim, two young Belgian prisoners aged 17 and 16 respectively, are chosen by Non Governmental Organisation Oikoten to take part in a special rehabilitation programme that involves walking more than 2500 km from Belgium to Spain along the ancient Way of St. James. If they manage to complete the four-month hike and they keep to their agreements with the judge, their sentence will be reduced and they will be set free. From delinquents they become pilgrims as they emerge from a world behind bars and embark on a demanding physical and spiritual journey that will change their lives. This documentary captures the key moments of this unique journey, revealing all of the emotional highs and lows of these difficult boys, their victories, big and small, as well as their defeats.

In 1997 Roberta Cortella graduated in Foreign Languages and Literature from the University of Udine. In 1999, she started making a range of documentaries for production companies in Italy and abroad, including L'Immagine, Felixfilm, Blufilm, Terra and TV Canarias. Her films have featured at both national and international workshops and festivals. Her work includes Algarve (2008) and Riserva Naturale Forra del Cellina, Parco Naturale Regionale Dolomiti Friulane (2007).

After graduating in Motor Sciences from the University of L'Aquila, Marco Leopardi studied Photography at the European Institute of Design in Rome. He has made photography reports for Italian magazines including Airone, Oasis, Panda, Geo & Geo and Venerdì di Repubblica. Since 1991, he has made wildlife, social and anthropology documentaries that have been broadcast on television networks such as RAI, RTSI, ZDF, ARTE and National Geographic Channel. His most recent works include Calcata, l’isola di tufo (2009) and Marettimo (2009). 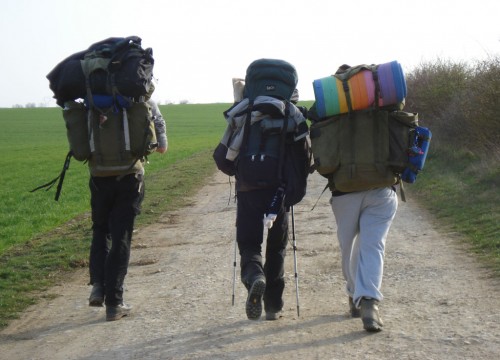