Pier Luigi is a fifteen-year-old boy. Since he was born, he has spent every summer in an isolated pasture high in the mountains in the company of cows, goats and nature. The mountains in the Segusine area of the Western Alps have always been the backdrop to his summer. Pier is not like other boys of the same age: he was born and raised a farmer, and he loves his job, his animals and his mountains. He would not change his simple, yet difficult, life with anything in the world. The mountains will survive because of people like him, but such people are becoming increasingly rare.

Giovanni De Grandi is a psychomotor therapist, music therapist, Jungian psychodramatist and educator; he has worked in the health service and in schools for thirty-five years. A lover of cinema and visual arts, in 1985 he took a photography course at Gruppo 33, Condove, which was taught by a professional photographer. In 1990, he took a video course run by a cameraman from the Fire Brigade video documentation centre in Turin. He is a non-professional musician and composer, and has written most of the music for his films. His recent films include La transumansa dla famija RocciI (2009) and Fuoco stellare (2007).

Paola Novarese is a developmental and education psychologist, group psychotherapist, Jungian psychodramatist and educator; she has worked in the health service and in schools for fifteen years. A lover of cinema and visual arts, she started to teach herself photography and video-making about ten years ago. She has also been interested in digital video editing for about five years. Her films include La transumansa dla famija RocciI (2009) and Fuoco stellare (2007). 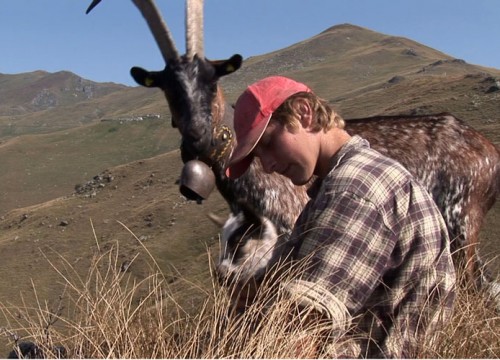