This film tells the story of a timeless tradition whereby each year a Swiss pine is cut down, baptised, decorated and burned in Grauno, Trentino, to celebrate Shrove Tuesday. The star of this ritual and the documentary is the tree. For mountain folk, trees have always been a spiritual rather than a physical world; the Pin de carneval (Carnival Pine) is proof of how a mountain community manages to maintain a tradition, the origin of which binds the inhabitants of Grauno with their land. The film reveals how today’s people need to create community rituals that help each of them feel at one with nature, just as previous generations did.

Patrick Grassi graduated in Languages and Techniques of Writing in 2007; he has done work experience as a writer and editor at Televenezia and Radiovenezia. In 2007, he devised and made Wideo Wanda, and went on to create radio and multimedia ideas for Radio Bue and U-Media. His works include Questo sono io (2010), Universication (2009) and Frammenti e appunti per un documentario sulla protesta (2008). 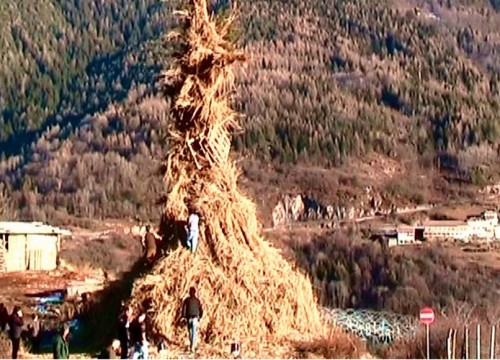