Documentary-maker Dianne Whelan spent 40 days one spring 5,400 metres above sea level capturing the magical world of a Mount Everest base camp. Her spectacular footage, shot against the backdrop of the Himalayas, paints an intriguing and personal portrait of three teams of mountaineers and their journey towards the world’s highest peak. Whelan’s documentary opens up the very heart of the Mount Everest legend. She recounts the mountaineers’ day-to-day life at base camp and takes a close-up look at Everest’s history, as well as at the devastating effects that climate change is wreaking on the area’s ecology. It also shows how Everest has changed, as more than 800 mountaineers, both groups and individuals, spend many days at base camp each spring before starting their ascent. Once revered and feared as a sacred place, the world’s highest mountain has become a sad, noisy theme-park.

Canadian director and producer Dianne Whelan journeyed from Nepal to the Mount Everest base camp to film her documentary “40 Days at Base Camp”, which premiered at the Vancouver Film Festival and on the opening evening of the Banff Mountain Film Festival. She was the first woman to shoot a film on the world’s highest mountain. Whelan recently made “This Land”, a documentary on a snowmobile journey to the most northerly point of Canada; it has won her many awards, including Best Short Documentary at the Toronto Planet in Focus Film Festival and the Leo Award for BC Film and Television. She has also devised a multi-media project on her Artic expedition, which won her the Best Small Multimedia Site at the Online Journalism Awards. 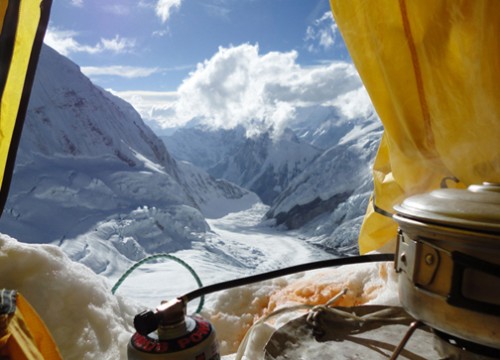 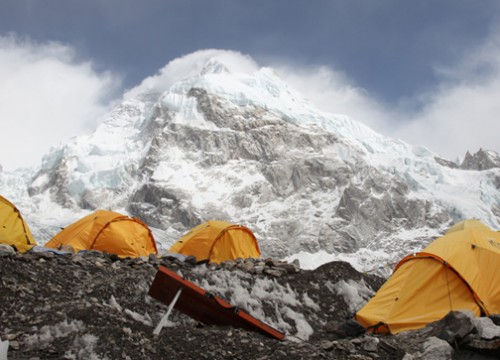