Anna Stöhr is expert at keeping calm during competitions and there is a reason why she has been the world champion in bouldering since July 2011. However Juliane Wurm, who arrived in third place, has no intention of giving in. What happens when two of the most experienced boulderers try out crack climbing for the first time? The two women meet up with Lynn Hill, who was one of the best female competitive climbers in the world in the 1980s and who is to introduce Anna and Juliane to this new climbing technique at Castleton Tower in Utah. Thus two different generations of climbers meet each other at Castleton Tower. On the one side, there is Lynn, who began climbing before Juliane and Anna even knew how to walk. On the other side, there are two boulderers, who mostly climb indoors and have no experience of traditional climbing. In the end, the adventure turns out to be more dangerous than expected, as the climbers are caught out by a heavy thunderstorm just before arriving at the top. The air was charged with electricity and lightning flashed through the air. It was what Americans would call an “epic moment”, which Juliane and Anna could well have have done without.

Originally from Munich, at the age of 20 she moved to London, where she graduated in 2002 from the University of the Arts, with a thesis on cinema and television. After having worked in the film industry for several years, she recommenced her studies and currently attends the HFF (Munich University of Television and Film). She has also lived for certain periods in Los Angeles and Cape Town, in addition to London and Munich. 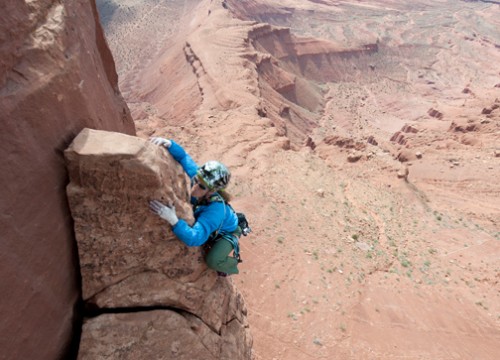 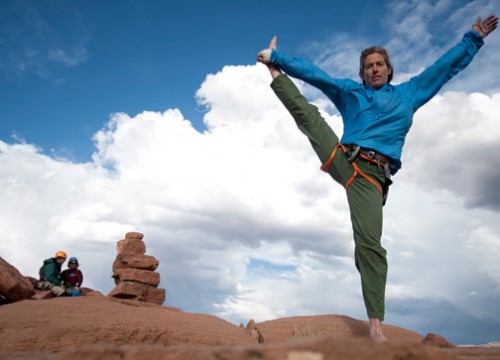 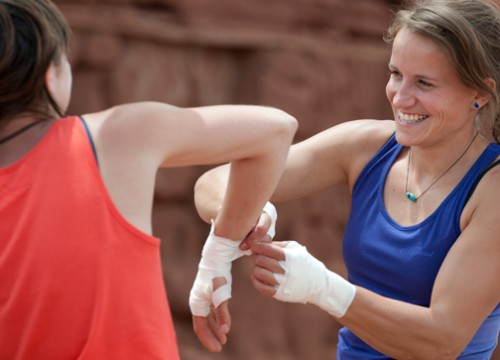