Alex Honnold has become known as the boldest soloist of his generation. In this dangerous game, how does he balance pure ambition with self-preservation? From highball boulder first ascents to 8a free solos, from far-flung trad climbing adventures, to speed records on The Nose, Honnold wrestles with this question in preparation for his biggest adventure yet - the Yosemite Triple. In under 19 hours he climbs Mt. Watkins, El Cap, and Half Dome, 95% of it free solo.

Peter Mortimer lives in Colorado where he founded an adventure film production house, Sender Films. He has produced and directed a range of documentaries on rock climbing, winning more than fifty awards at international film festivals. He made a major documentary on Chris Sharma, which won a Sports Emmy award for Outstanding Camerawork. Mortimer graduated in Geology from Colorado College and took a Masters at the USC School of Cinematic Arts. In 2013 he took part in the Trento Film Festival with the award winning Honnold 3.0 and La Dura Dura. 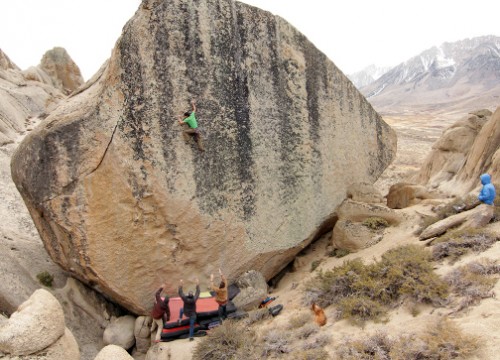