The constant zooming towards certain landscape features displays a constant exploration of an argument. The camera’s assessment becomes the vessel for embedded associative imaginings and desires linked to an absent argument. The film belongs to a series that researches the relationship between landscape, representation, perception and the unconscious. During editing crucial data is removed from the mpeg-stream, forcing software to re-interpret visual information.

Biscaya (Lisbon, 1973) is a mixed-media artist, live video performer and an independent filmmaker living and working in Amsterdam. His work has been shown in numerous international group exhibitions and festivals. Currently he is working on a new series, a landscape study dealing with perception and the unconscious. Furthermore he works as the head of the film department at the SAE-Institute Amsterdam and at The One Minute Foundation. 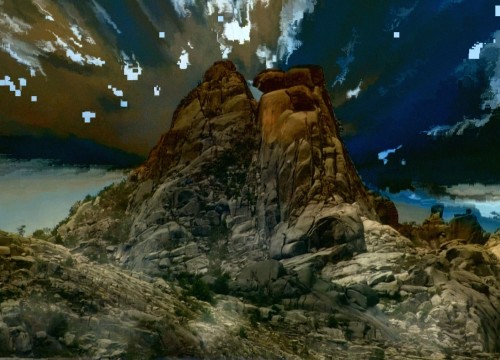