The documentary tells the story of the ascent of the third highest mountain in the world, the Kangchenjunga (8586 m) without oxygen tanks. After an extenuating climb, Mario Vielmo reaches the summit, whereas his companions, Annalisa Fioretti and Silvano Forgiarini, turn back above camp 4. The film describes the dramatic events surrounding the death of Bibash, a 24-year-old Sherpa who falls accidentally during the descent from the summit. Of thirteen people on the peak, a further four people were never to return to the base camp: a sad epilogue for a mountain whose notoriety is fully justified.

Born in 1984, he graduated in Geographical Science at the University of Bologna. Awarded a research doctorate scholarship by the same university, he abandoned research to dedicate himself to filmmaking full-time. In 2012 he won the competition for a video on the eastern Veneto area organised by VeGal, then presented at the stand of the Veneto Region during the 69th Venice Film Festival. 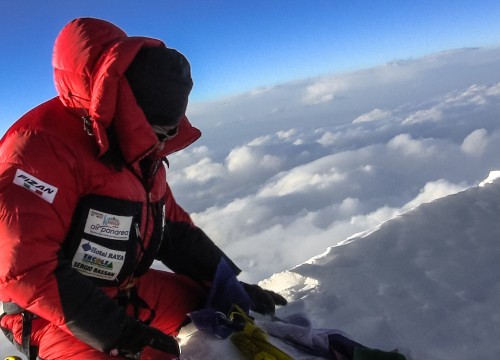