The coal mines in the central region of Mongolia are opening up a deep gash in a landscape of outstanding beauty. The constant thunder of explosions, the clouds of dust and the deafening noise of the machinery hammering incessantly away at the ground are a result of a mining industry destined to continually fuel the expansion in Chinese construction. The life of Chinese miners, condemned to work in inhumane conditions and often developing serious respiratory diseases, unfolds in this apocalyptic setting. Behind such devastation, the eye of Liang Zhao sees the mythological figure of Behemoth, the insatiable biblical creature, and he makes use of verses from Dante’s inferno and the symbolism of man lost within the landscape.

He qualified at Luxun Fine Art Academy in 1992. In 2009 he presented the documentary Petition: The Court of the Complainants, on the Chinese legal system at Cannes Film Festival: the film, made over a period lasting more than 12 years, describes the odyssey of a citizen who goes to Peking to complain about the behaviour of some local officials. After its presentation in Cannes, the film was banned in China. In 2011 the film Together, commissioned by the Ministry of Health, takes a look at discrimination against HIV positive people and AIDS sufferers in China. 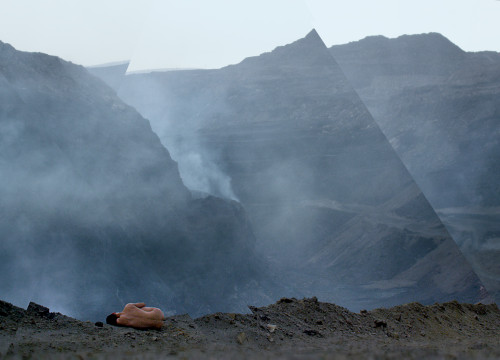