In a hunters’ refuge, a group of old men recall the life of Mario “de’ Marcella”, who lived in a rock cave for more than sixty years. So what led him to conduct such a solitary existence? Perhaps an event dating back to his childhood, or to some mysterious and tragic happening? Those who met him when they were hunting called him simply “the Solengo”, like male boars that live in isolation, away from the group. Coming together around a table, the old hunters talk about this ambiguous character: some say that Mario was wild and bad-tempered, others say he was mad, but they all agree that he never said a word to anyone. Filmed in the countryside of Lazio, not far from the city of Vejano, Il Solengo offers a survey of the oral tradition in the Italian countryside that places the very idea of truth and investigation in question.

Born in Rome in 1986, he studied law both in Rome and Paris, to then move to New York and gain a diploma in film at SCPS University. His works have been selected for numerous international festivals. He lives and works in Berlin as a director and photography director.

Born in Jackson, Mississippi (USA) in 1986, he studied literature in Rome and direction in New York, where he made several short films. He currently lives in Buenos Aires, where he is preparing his first full-length film. 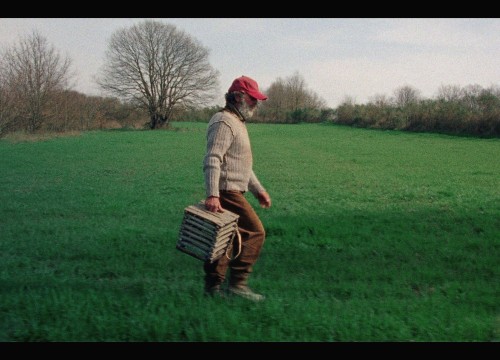