In a remote valley in French-speaking Switzerland, the population’s main activity is hunting. During a hunting trip, Homère accidentally shoots and kills a protected bird, a bearded vulture. However, someone sees the incident and soon public opinion rises up against him, heaping shame on him in a way that is difficult to bear. A short time later Homère dies. The film gathers the testimony, memories and opinions of the inhabitants, each of whom has interpreted the affair involving Homère in his own way.

Born in 1980, she gained a diploma in film at the Haute école d'art et de design in Geneva and subsequently a diploma in photography direction at the Sindicato de la Industria Cinematogràfica Argentina in Buenos Aires. La Fin d'Homère is her first film. 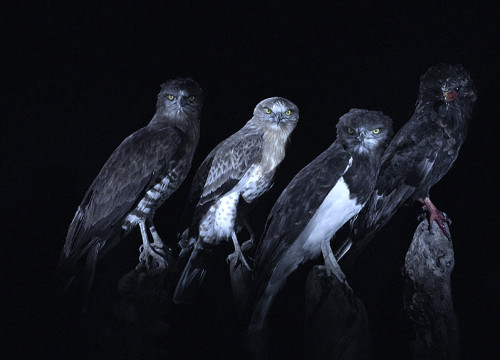