After thousands of years of lethargy, on 2 March 2008 the Chaiten volcano in Patagonia reawakened, making the earth tremble several times and spewing forth a massive lava flow that stopped close to the town of the same name. Although there were no deaths, all the seven thousand inhabitants were forced to leave their homes. Three of the families began a new life, but continue to hope that they can return to their town and previous life.

Born in Bulgaria, he studied in Germany, moving to Chile in 1987. Since then he has made numerous documentaries and television series. In 2001 he founded the production company DOM Communication. Thanks to the awards received, the Vecinos del volcàn project is still underway. 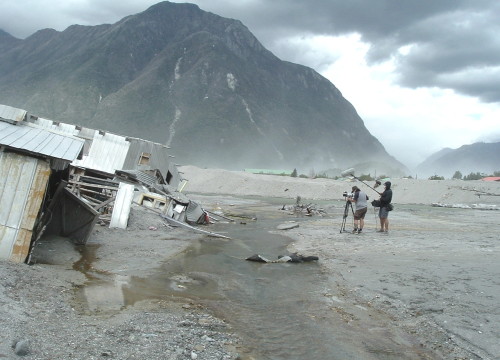